The House That Built Me

It is a horrible and odd feeling, packing up your parents lives while they are still alive. Putting their memories in boxes, and bags. Being back there, with some of my siblings, but without my parents felt wrong. But extremely necessary. We had to do what many adult children have had to do, face the horrible decision to place your elderly and ailing parents into a nursing home, and sell the house. You can never fully prepare for it or plan it. You simply grab on tight to your siblings and pray that the unthinkable decisions you all are making are the right ones.

My parents had lived in their home, just shy of 50 years. It was an extremely modest home, with a beautiful yard and pool. Enough bedrooms to sleep 6 children somewhat comfortably. The kind of street where all the neighborhood kids could play out on it until the street lights came on. A place where the friends you made on that street are still your friends today. A neighborhood where we referred to the adults as our Aunts and Uncles. Of course there were bad and difficult times, things we would like to forget, But all of it, the good and bad happened in that house on that street.

When mom fell and broke a hip for the second time, we knew we had to face the unavoidable. After her first fall and hip fracture, she was diagnosed with early stages of dementia. We felt okay with her coming back home, and so did the doctors. Mom had been dads primary caregiver as he suffers from a lengthy list of health issues, including arthritis,  a kidney transplant and has a colostomy bag. As a family, we had suggested to them that we felt maybe they should look into assisted living or something along those lines. Like most elderly people, they said no. They wanted to die in their home, no further discussion. If you have met my dad, no further discussion means Exactly that. Now, by no means does that mean that we left them all alone to fend for themselves. On the contrary, we all pitched in to help them stay home. The majority of the responsibilities falling on two of my sisters that live the closest. They took them to doctor appointments, and emergency room visits  and ran errands for them among other things. When my husband and I would come in we would bring groceries, and check off the list of things my dad needed us to do. We all checked on them daily. We all were anxious if the phone rang, knowing it could mean an emergency. Somehow we managed this routine for over a year. My siblings and I were actually more concerned with our dads health, as mom had recovered quite well, except for her repetitive questions. Then she fell, and everything as we knew it changed. It was out of our hands. Mom suffers from delirium after she has had surgery, and this time was no different. The confused state she was in was now permanent, as her dementia had progressed. One of the hardest and most heartbreaking things you will ever do as an adult child is to tell your mom that she can’t go home again.  It cuts you to the core, and changes you. We now refer to it as Ground Hog day, as we have to tell her over and over. Emotionally crippling for all in the room.

Mom is now permanently at a nursing home, while my dad is in the hospital, awaiting another surgery, then hopefully will be transferred to be with mom. They have been together since my mom was 17, and dad was 21. Their dynamic is typical of that era and generation. Mom stayed home and raised the kids and kept the house, while dad worked, hard, until he became disabled at the age of 47.  The term “waited on him hand and foot.” is actually how it was.  My mom took amazing care of my father, she kept him alive far longer than I think anyone ever thought she could. She kept track of all his medications, and appointments and special diets. She doted on him, making sure his 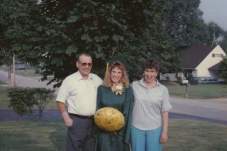 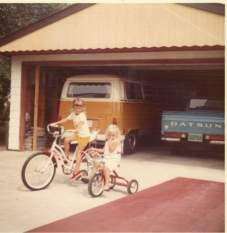 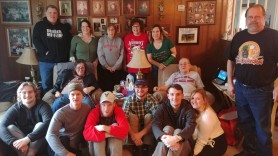 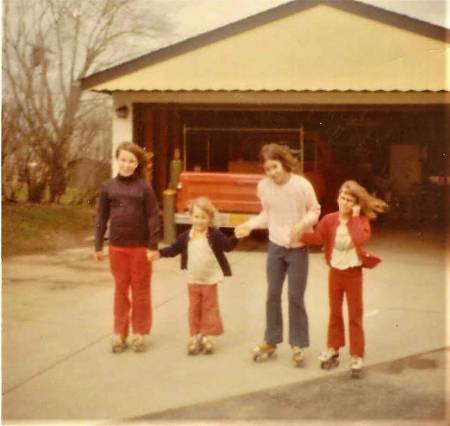 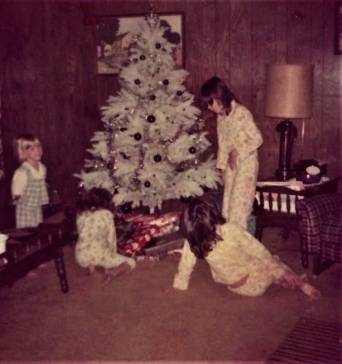 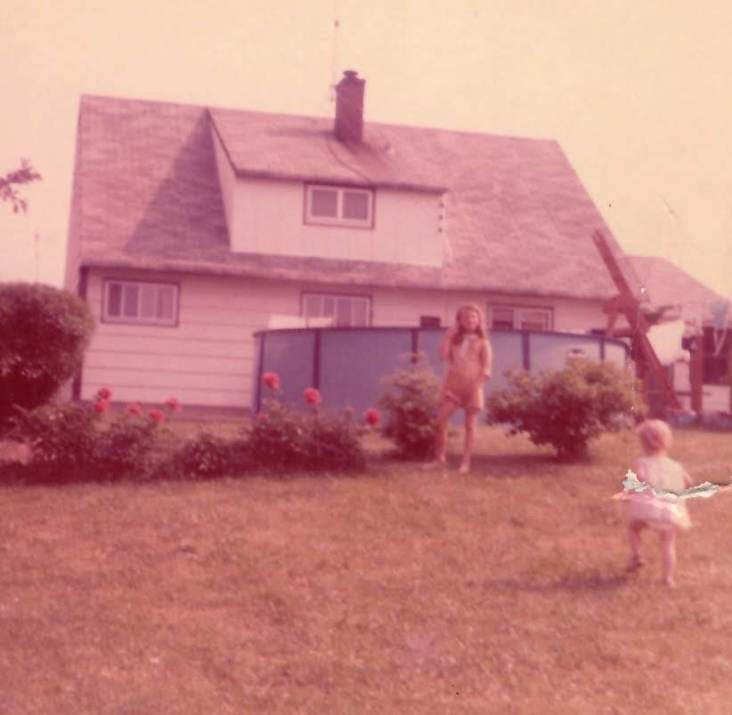 ice water, in his special glass, was always filled and always cold. And that was her one concern when I told her dad would be going into the nursing home too .”Will they be fixing him his food everyday?” she asked with tears rolling down her face. I assured her they would, that she had worked so hard all her life, it was her turn to have people care for her. And Dad, put my mom first, realizing She needed the care he couldn’t give her. That she needed to be safe. That is love. Their love.

The closing on the house will be final next week, so we are sifting through countless boxes of pictures and memories. Deciding what should be kept, what shouldn’t. I know, it is just a house. But it was my house, our house. My husbands childhood home sold several years ago, ( he originally lived on my same street until they moved 5 blocks over) and when we go back “home” he will drive by it and remember the good and the bad. I told him I don’t think I can.I don’t think I can go by the house without wanting to go in, without wanting to run into the back yard, the desire to jump in the pool on a hot day. That house is the house I learned to walk and talk in, where I fell down the stairs and busted my nose. The house that I had countless sleepovers, in tents made of blankets  hung over the clothes line. The house that I laughed and cried in with my sisters, where we told secrets, and healed each others broken hearts. The house where I came home to the smell of fresh baked cookies after school. The house I fell in love at. We are grieving so many loses at the same time. I can’t imagine wanting to go down my street and not stopping . My parents won’t be there. It won’t be our house anymore, so I want to remember it how it was when it was. It will be some other young families turn to make memories. I am okay with that. Or at least that is what I tell myself.

I thought if I could touch this place or feel it
This brokenness inside me might start healing.
Out here it’s like I’m someone else,
I thought that maybe I could find myself
If I could just come in I swear I’ll leave.
Won’t take nothing but a memory
From the house that built me.

5 thoughts on “The House That Built Me”