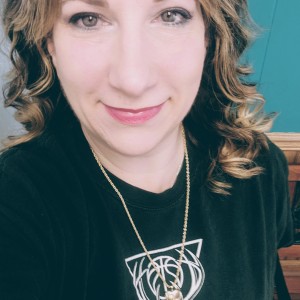 I shouldn’t have been surprised when the doctor told me I was having twins, simply by looking at me from across the room. Twins are everywhere on my husbands side of the family. Twin sisters, nieces, cousins. Yet somehow I was still shocked. How in the heck could we handle two more babies. At the time we already had a 4 year old and 2 year old son. So at 14 weeks along when the ultra sound showed two more boys, we were speechless.But we were so excited at the endless possibilities about to come our way. We had no way of knowing what the future actually held.

They came into the world fighting, 6 weeks premature.Yet, were by all appearances healthy.They continued that path, for the most part, until about 2 yrs of age. That is when we noticed some delay’s in Brett, but looking back, I see we were in denial about just how many and how severe.The summer before kindergarten they had their screening. The teachers pulled me aside and said they wanted to put them in different classrooms come fall. They were concerned that the twins were relying on each other too much. That Bryce was worried about Brett, and so he always “helped” him.The teachers felt it would help Brett become more independent. I reluctantly agreed. Honestly, I was more worried about the inconvenience it might cause me, having to deal with two rooms and two sets of rules.How selfish I was. So I agreed.

Every morning, I would walk them to school. I would watch Bryce go into his classroom, and I would hold Brett’s hand as he cried,wanting to go with his twin, his best friend.It was heartbreaking.They wanted to be together. They needed to be together.But, they shouldn’t be together. They were two different souls, on two very different trajectories.Just how different I had no way of knowing. I also had no way of knowing, at the time, how much pressure I was about to put on Bryce.Asking him to be my eyes and ears when I couldn’t be.To be his brothers keeper.

Once in 1st grade, I asked that they be placed in the same homeroom. Seeing as Brett would be pulled for special ed most of the day, I felt being able to go into the same room every morning would help ease the stress.They obliged, and from that year until high school, they were put in at least the same home room.And while Brett struggled, and fought every step of the way, Bryce was labeled Gifted and Talented in 2nd grade. So I was dealing with I.E P’s and College for Kids. I was straddling a tight rope. So in my ignorance I put a lot of responsibility on Bryce, to watch over Brett. Every morning I would say to Bryce,” Make sure you sit with him at lunch, make sure you help tie his shoes, make sure you help him zip his coat, make sure you help him with his locker….” the list would go on and on. I did this every damn day for 8 years. I honestly had no idea the pressure I put on him. My husband and I jokingly referred to Bryce as “the informer”. Each night we would say “how was school today, what did Brett do?” He would fill us in. Telling us of the events of the day, and all things Brett. “He couldn’t get his snow pants on mom” or “He fell off the jungle gym at recess, mom.” Each day we would hear all about Brett’s day, and we could feel the sadness in his voice. He was so concerned about his brother, his twin. And he was my spy, so I felt like I knew everything that was going on. Recently we came across an old home video. Bryce is talking to his brother Nate about how Brett sat alone at recess.”Bryce you have to play with him” Nate said. “I know.” he said.

I saw the twins, as just that, Twins. A duo, a group, yet a singular being. We didn’t say their names individually.We said “the twins” or “the babies”. Somehow, I had lost that Bryce was his own person apart from his brother. He had his own dreams and goals.I just was too busy making sure he took care of Brett when I couldn’t. I didn’t even see the pressure this put on him.Until the summer going into their freshman year. There would be no more same homerooms, or lockers by each other. Their paths were about to diverge, and there was nothing I could do about it, except let it happen. Bryce came to me one morning that summer with such a concerned look in his eyes. Those that know him personally, know that Bryce is a man of few words. He does not seek nor want attention. He avoids it. And he certainly doesn’t share his feelings. So I knew something was bothering him.”What is it?” I asked. It seemed like an eternity but then he said,”Mom, who is going to open Brett’s locker, or make sure he gets to the right class? Who is going to make sure he changes into his gym clothes?” He kept going, asking me, basically, who is going to do for Brett what he had done all those years? That is when it hit me, what I had done to him .I had made him be responsible for someone else. “That is not your problem honey, that is mine.I want you to enjoy high school, and do the things you want.Brett is my responsibility, not yours.” And I felt so ashamed, and sad. How did I put so much pressure on him?

As expected their high school years were quite different. While Brett had I.E.P’s all through high school, Bryce had advanced classes. He was gifted academically and athletically. He had more friends than I could count. His high school years were filled with social events, and prom and homecoming courts and with all conference awards for sports. He was Bryce. Singular. And while he would still fill me in on things he heard Brett had done during the day, it wasn’t expected of him to know or to tell. When the time came for Bryce to choose a college, and move away, we left that up to him. It was his life he had to live. Not ours and not his twins. He continues to amaze us with his academic abilities (Deans List 4 semesters straight!)  and with his quiet strength and compassion.While away at school he would text everyday, usually asking “what is Brett doing?” I think, maybe, even without me telling him to, he would’ve watched over him all those years. You see, he never stopped being his brothers keeper. 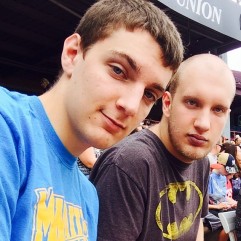 3 thoughts on “His brothers keeper”